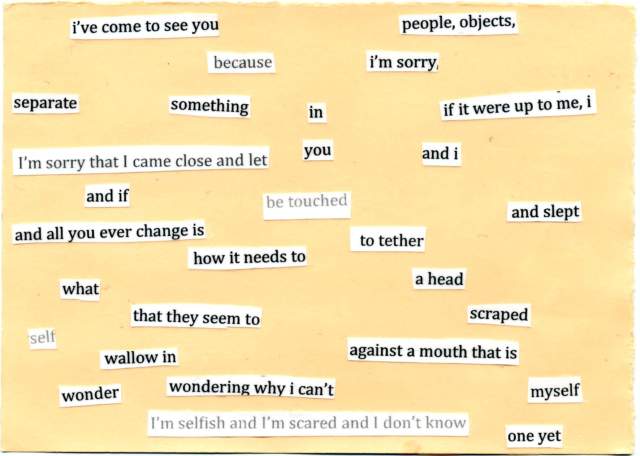 The plastic carrot swims in the water bottle from which the hamster drinks. It bobs as a small bubble rises to disturb the surface, which then shivers for a while. The hamster drinks quickly, as if it has a limited amount of time in its lunch break and wants to return to a state of getting stuff done. At the same time, there is an emptiness in its eyes. I am so tired, the hamster seems to think, but I have to rush on, and maybe things will get easier after a while. And after a while – this is what we call afternoons – things do get easier. The hamster has finished drinking and the clouds outside darken not with rain but with monotony as the sun disappears behind their vulgar bulk. The time of day changes, people crumple paper, people switch their desk lights on. The world is tired and wearing thin white gloves because the time of day is icy to the touch. The hamster treads a virgin path through the straw. It sits in its nest and thinks deep thoughts while chewing on a dried up apple core.